1974 saw land that was to become Nicholls Park, dedicated through the development of the Newcastle Avenue, Nanoose Avenue subdivision. For forty years the park saw casual use and remained largely undeveloped. In 2014, the public joined students from Ecole Ballenas Secondary School and the City of Parksville for the official reopening of a revitalized Nicholls Park located at the corner of Newcastle Avenue and Pym Street

The Ballenas Civics Action Group was founded in 2011 with a mandate to provide students with the opportunity to gain knowledge of political, global, local and environmental issues and to help youth actively become involved in their community.

The students of the Ballenas Civics Action Group had a vision to revitalize Nicholls Park for the enjoyment of the neighbourhood and to benefit the memory of John Leonard Nicholls, long-time teacher and administrator for this region. The official re-opening and dedication of Nicholls Park recognized the difference these students and neighbourhood volunteers made in the community and also recognize the successful partnership between the City of Parksville and the Ballenas Civics Action Group.

The upgrades to the park included a dedicated irrigation system to the twelve newly planted trees, a pathway crossing the park, new garbage cans painted with art from the students and two new picnic tables on a concrete pad. 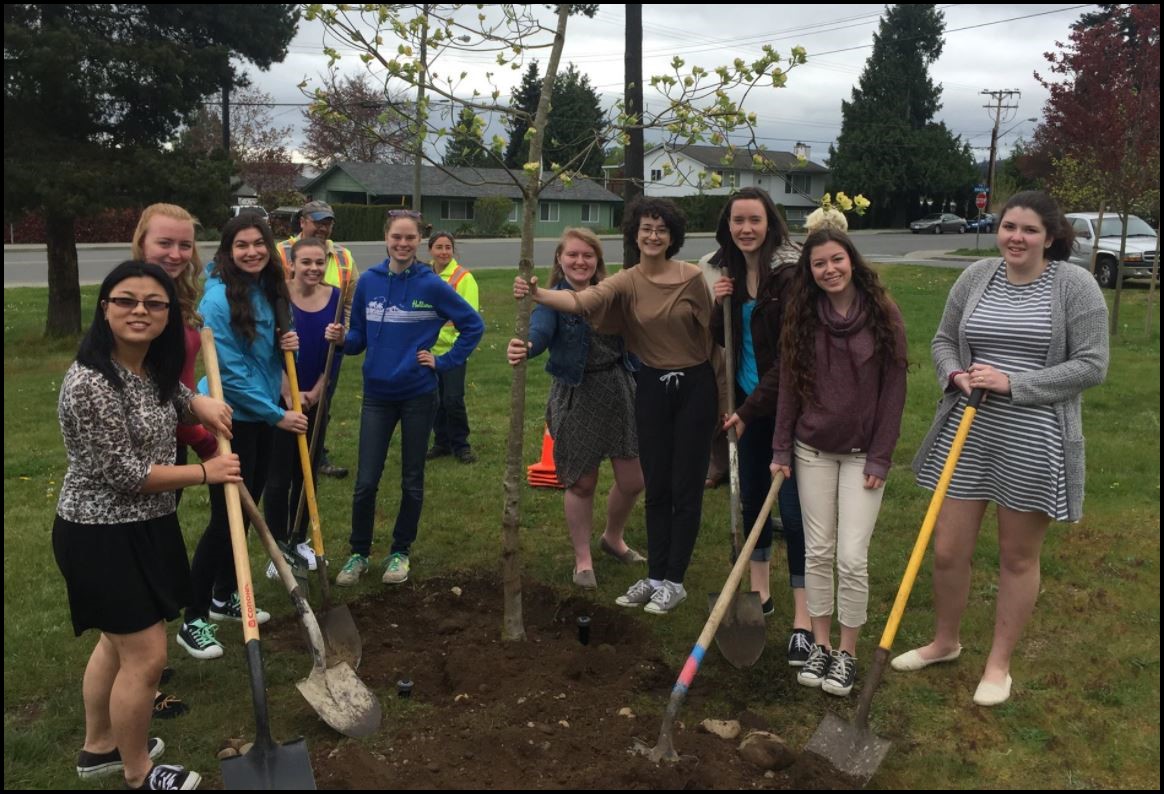