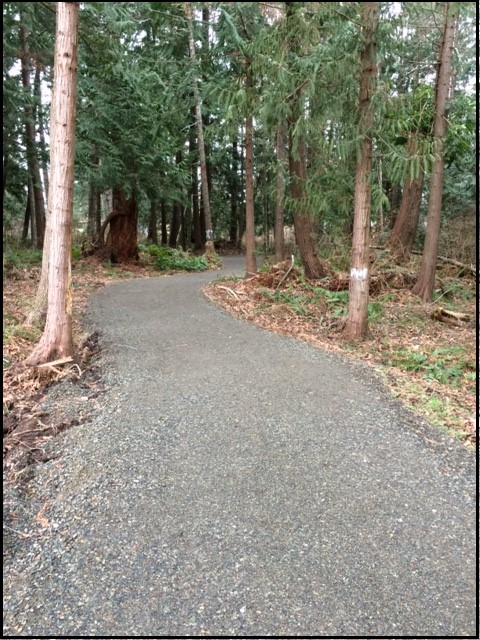 Marks Nature Park is an urban forested park of just over one hectare. The
park was gifted in trust to the Corporation of the Village of Parksville in 1975 by Mildred Kurtz and William Kurtz. Mildred is the daughter of Ernest and Edith Marks and the land was gifted in perpetuity forever as a nature park in the memory of her parents, Ernest and Edith Marks. The declared value of the land at that time was $60,000.

In 1993, Council passed a resolution: That Marks Nature Park be made an interpretive nature park and that the City continue the practice of maintaining the park as it current is; and that parks staff develop a strategy to promote
the interpretive aspects of the park. The trust indicates the property must be kept in its natural state.

Much of the tree canopy, but especially the Western Red Cedar, has shown evidence of decline in this park and many other of our urban forest areas over the past decade. It is believed the decline of Western Red Cedar is a result of several years of drought. For interest, average rainfall for Parksville is recorded at 1326 mm per year. The Citys records from 2005 show this average has not been met; records for each year since 2005 show between 194 and 723 mm less than the average expected rainfall.

When trees become hazardous, they are removed, or the hazardous part is mitigated. Where possible habitat stumps are created in urban forest areas to help enhance wildlife opportunities in our urban forest. As part of this program, the City also considers replanting to preserve the urban canopy keeping in mind species of trees which are susceptible to droughts. Species selection are park dependent, but a variety of native deciduous and coniferous seedlings are chosen to re-establish themselves in our parks once the fall rains take hold.