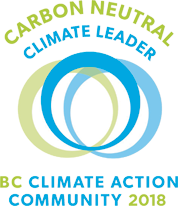 The City of Parksville, along with the Province of British Columbia and the Union of British Columbia Municipalities signed the Climate Action Charter, committing to the goal of becoming carbon neutral under the BC Climate Action Charter. By making this commitment, the City of Parksville is eligible for the Climate Action Revenue Incentive Program to offset the carbon tax paid by local governments. One of the requirements of this program is to report publicly on plans and progress toward meeting climate action goals. The program also provides an opportunity for local governments to report on and share with the public, the work they are undertaking to reduce both corporate and community-wide GHG emissions and create complete, compact energy efficient communities.

The City has filed the following information: